Why Components -> State -> setState() in React 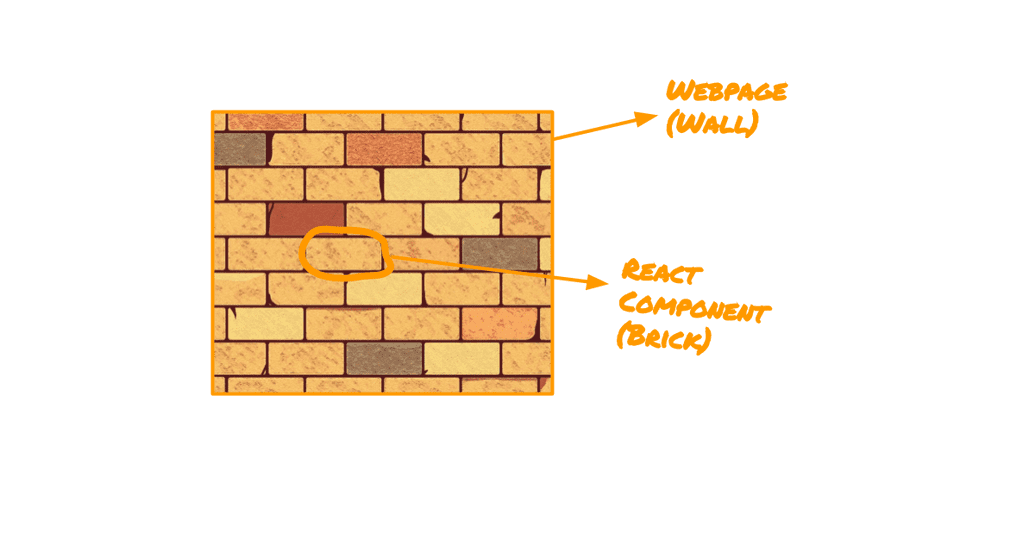 Imagine you have to build a wall of a hundred feet dimensions. You can start feeling overwhelmed on how it’s going to span out before even you start.

Instead, you can focus on laying brick one by one. One after the other. Once you’ve laid all the required bricks, you would be standing in front of a magnificent wall built by you!

Visualize the wall you built, as a single complex webpage and every single brick you laid, as a React Component.

React Components aids you to visualize complex UI as a collection of independent and reusable bricks. Rather than focusing on an entire complex UI, you can focus on implementing each Component in isolation. Once all the required components are implemented, they can be connected to form the desired webpage (UI).

Why State in Component

Minimalistic version of how it can be implemented in React

Based on the internal/user events such as button clicks, the Functionality Manager handleButtonClick() will operate on the state. Whenever the state has been changed, the Visual Manager render() will consume the updated state and paint UI on the screen accordingly (re-rendering).

Before initiating an API call, set the loading to true and after fetching the data, set the API Data to state and set loading to false.

In this way, the functionality does not need to focus on visual representation and vice-versa.

How State Connects Functionality and Rendering

Characteristics of Data which deserves State

Example: (Name entered by the user in a Text Field). It’s not possible to foretell what the user is going to enter. Hence, the input from the text field deserves the Component’s State.

Another example is API Data from our example. The Component can never predict what data it is going to receive from the remote endpoint.

Example: (state.loading from our example). The loading state is based on the initiation (true) and completion (false) of API Request. The value of loading state changes between false and true over a period of time.

Why we need to use setState(newState) function instead of changing the values by assigning the new values directly to this.state = newState ?

Internally, React operates on Component as a JavaScript Object. Updating the Component’s State triggers the re-rendering of the Component — Means React has to listen to the changes on this.state and invoke render function once the contents of this.state has been changed.

Is it possible to listen to the changes made in a JavaScript object key without creating a function? — Unfortunately, no :(

Assume there is a simple JavaScript object with a key named state . Whenever the value of state has been changed, a function named render has to be called.

A JavaScript Setter has to be used to execute a function whenever a specific property of an object is attempted to be changed.

With this analogy, one can treat setState as an updater and listener for the changes in this.state.

Now, you may be wondering why not React define a setter so that this.state can be updated directly like how componentInstance.state = {} has been updated.

Based on the execution context, React’s setState() will update the state synchronously or asynchronously. Also, the React Component goes through a few lifecycle methods before rendering or re-rendering. Hence, let’s explore setState() in detail.

Each setState() is fetching the existing count in the state and increment the count by 1. As there are three setState() calls, the count state should be incremented by 3 (0 + 1 + 1 + 1). And that is what exactly happens with

But, when you try to increment the counter by 3 by clicking the button, it always increments the value by 1.

Both scenarios use incrementCounterBy3() to update the state. But the results are different.

The nature of the setState() is purely dependent on the execution context. State Updates inside event handlers context are batched by default. The button click produced an incorrect response because the setState() is executed under the onClick event context.

The reason why setState() is asynchronous inside the event handlers may require us to dive into Parent and Child components and how props are also used to re-render the components. Hence, we can conclude asynchronous state updates prevent components from unnecessary re-rendering and improve rendering performance.

How State is Updated During Batching

When the button Increment By 3 is clicked, it calls handleIncrement() which in turn calls incrementCounterBy3() . This function call, in turn, calls three setState() statements. As the state update has been batched, this is how React would update the state. 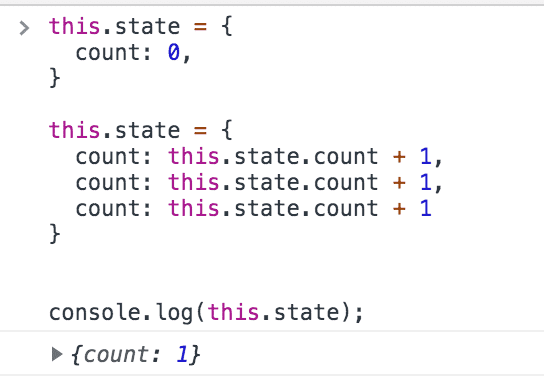 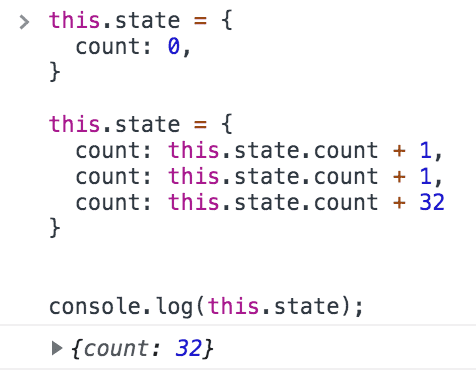 As the nature of setState() is always dependent on its execution context, it’s always safe to assume setState() as asynchronous. If we assume that way, how to handle multiple setState() calls and produce the intended result?

If the Component’s state has to be updated based on the previous state, an updater function should be used in the setState() rather than a piece of the state object.

For simplicity, the updater function can be treated as a pure function which receives state object as an argument and returns a new object to be merged with the existing state.

Passing a function to the setState() makes sure React always queues the multiple state updates one by one, rather than batching the updates altogether.

Written by
Kalidas
Published at
Mar 26, 2020
Posted in
Tutorial
Tags
#javascript
#react
If you want to get more posts like this, join our newsletter