5 Reasons to Choose AngularJS over jQuery

AngularJS is a very powerful JavaScript framework designed and maintained by Google. It is used primarily to develop and run web applications on the client machine. AngularJS is built specifically to overcome the various limitations of existing technologies like HTML, CSS and JavaScript in one seamlessly integrated package. jQuery, on the other hand, is a JavaScript library comprising a modular set of platform agnostic methods for handling various requirements of the dynamic web, such as running calls on AJAX, traversing and selecting DOM elements, parsing animations and transition effects, manipulating page elements etc. It standardize the task of front-end development and user interaction elements. 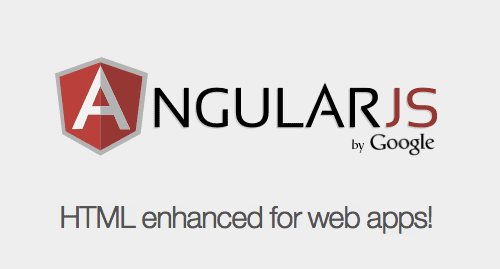 AngularJS and jQuery can often be used for the same ends, but which implementation is the best? Here are 5 reasons why AngularJS is the better choice.

AngularJS is a single integrated solution for front-end development. It is all-inclusive in its approach and does not require any external plugins or frameworks to build web applications with. In addition to this, AngularJS features many useful methods and actions that are fast becoming industry standards, partly due to their simplicity and partly due to Google putting their weight behind this product. Some noticeable features offered by AngularJS are REST actions, ability to use MVVM (Model View View-Model) patterns, Data Binding, Dependency Injection, in built templating using HTML and built-in unit testing APIs.

Hire the best AngularJS developers for your project

AngularJS was designed to overcome the limitations posed by HTML in developing dynamic web applications. As such, it is extremely easy to build AngularJS web applications. In addition to this, AngularJS is free to use and comes replete with complete API documentation, examples and tutorials to guide you during every stage of the front end development process.

AngularJS is designed to be used in developing web applications. As such, it integrates efficiently with existing code and processes and can easily communicate between cross platform methods and applications. AngularJS can function with jQuery if the latter is already present during the bootstrapping process. If not, AngularJS contains its own approximation of the jQuery library called jQLite. Further development or modification to the existing code base is kept to a minimum when using AngularJS.

jQuery is established technology while AngularJS is relatively new. However, AngularJS can do everything that the former can, it is not substantially larger in size or memory requirements and it is far easy to run unit and end-to-end testing on AngularJS web apps. AngularJS applications scale very efficiently and offer no substantial drawbacks over jQuery.

The entire Angular is connected together by Dependency Injection (DI). DI is used to deal with your controllers and extensions. Since every one of your controllers rely on upon DI to pass it data, Angular's unit tests can usurp DI to perform unit testing by inserting mock information into your controller and measuring the output and behavior. Truth be told, Angular already has a fake HTTP supplier to infuse fake server reactions into controllers.

This beats the more conventional method of testing web applications by creating individual test pages that conjure one part and after that invoke one component and then interacting with it to see if it works.

So there you have it; five reasons why AngularJS trounces jQuery in front end development and writing client side applications. Although there are a lot more functions that AngularJS handles better, these alone should be enough to convince you to make the switch to the newer, more agile platform.

Written by
Raviraj Hegde
Published at
Jan 13, 2016
Posted in
Research and Articles
Tags
#angularjs-development
#web-application-development
If you want to get more posts like this, join our newsletter